This is the story of how the people of Reading faced the threat of death from the air, how the town organised its defences and cared for those who were bereaved and injured.  It is not just a moving tale of personal heroism but a book which will appeal to those interested in the technical details of the military machine from both sides in that fateful conflict.

Most of all it describes that fateful afternoon in February 1943 when so many people lost their lives, but not as many as would have been killed had it not been a Wednesday, early closing day. 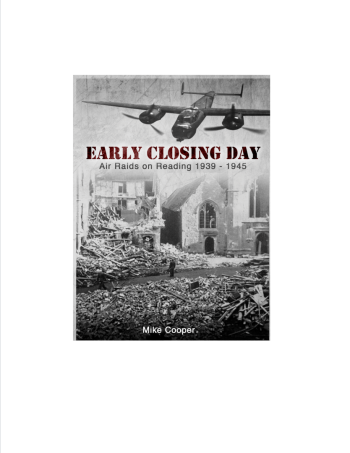